Everything is allowed, so long that it does not harm others and themselves physically and mentally or kill others.

Tittharic (Marcus.L) one of the most relevant outside of Akiane Kramarik's family according to Google 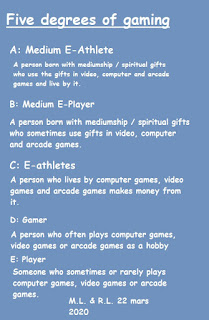 The difference between an medium atheist and a atheist 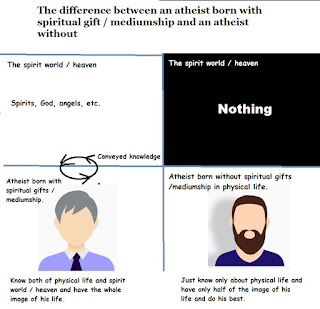 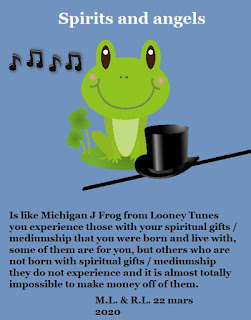 11 questions to a spectrosexual man

11 questions to a spectrosexual man and his response.

How do you have sex with a spirit?

Response:
By I was born with a spiritual gift / mediumship
clairkinesthesia physical contact with spirits and through
dolls or large pillows that the spirit uses as their physical body

Response:
Almost exactly the same as a woman in physical life a woman who lives.

What might be the biggest reason that spirits have sexual
intercourse with you?

Response:
Because some of them have died without having any sexual intercourse
with anyone in life that they have primarily died at a young age,
never aged and been virgins for over 100 or several hundred years
or more.

Why would spirits want to have sexual intercourse with you than other men?

Response:
Because spiritual gift / mediumship clairkinesthesia physical
contact with spirits is a very exclusive gift that very few people
are born with.

Can female spirits become pregnant and give birth to babies?

Response:
No, because they are sterile.

Are the devil and demons having spectrosexuality to do?

Response:
No, they do not exist according to spiritualism.

Do you become undead or vampire if you have sexual intercourse
with spirits?

Response:
No, because it is an old Slavic myth that came into being with
Christianity?

Can you have sexual intercourse with angels?
No, because they are not human, as spirits were.

Can spirits that have died when they were children have
pectrosexual intercourse?

Response:
Not until they have developed into an adult in the spirit world
after 15-25 years most become short-grown but can materialize larger.

If a male spirit has sex with a woman in physical life a woman who
lives how do you think?

Response:
Male spirits cannot insert their penis because pillows and dolls
work only for female spirits, some mediums say males do not have
genitalia. Women born with clairkinesthesia physical contact with
spirits can still kiss or hug them with pillows anyway.

La Bionda I Wanna Be Your Lover Stéréo 1981

7-6: Making Known The Unknown- Seeing is Believing and Crossovers 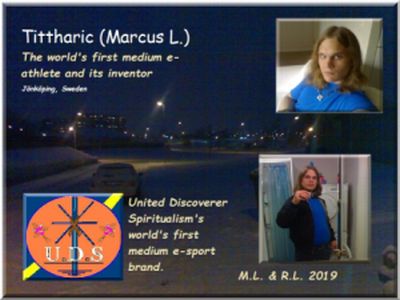 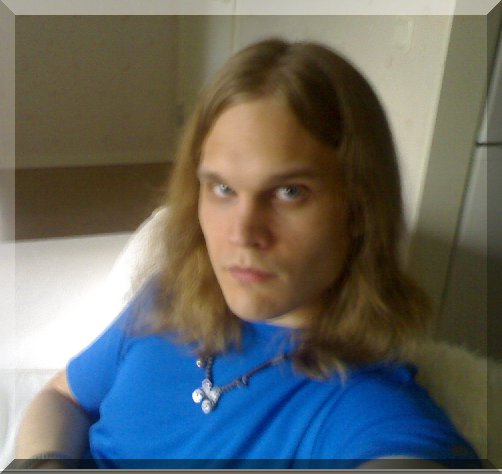 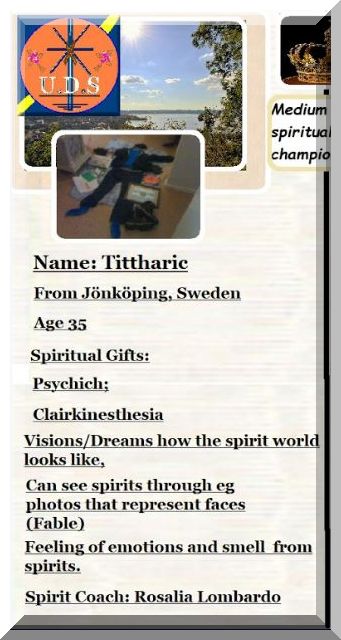 The World's First Medium E-Athlete And Its Inventor (A living example of others also born with mediumship / spiritual gifts) Blogger: The Light Web

How often does Tittharic (Marcus.L) have his mediumship / spiritual gifts in use?

What does the name Tittharic stand for?

The name stands for being part of a very honorable time that no longer lasts and that one lives
an age under tyrannical leadership that many in Generations Y and Z live by, with pride, arrogance,
anti-individualism and status and power before morality and ethics.Tittharic is inspired by the RMS Titanic a boat that was the very best boat ever and other boats after is worse than the RMS Titanic.Those called e.g. Tittharic, Ms. Tittharic, Tittharic kid, Old man tittharic and others .. are those who live consciously on the basis of the honest time consists of of the Honorable Age is because of people born with mediumships / spiritual gifts, and of the people who basically reason to know God, angels, spirits, and the spirit world, of the spirit universal laws of nature that flowed through those in collision with human evolution (human nature) of evolution in the world, they bear the name Tittharic because they are themselves born of mediumship / spiritual gifts and that they know what the name stands for. 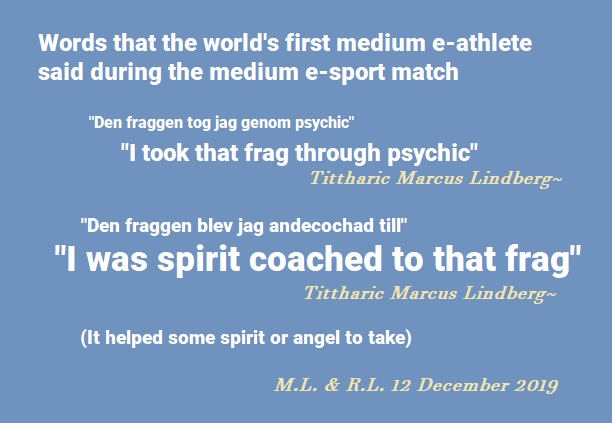 "Born 1984, 7 miracles, between 5-7 mediumships, 2 spiritual inventions and a contact with one spirit." 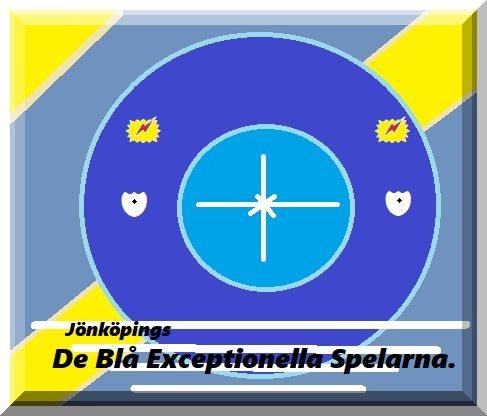 What is a Medium E-athlete / Psychic game player?

An Medium E-athlete / Psychic game player is a person with spiritual gifts using their spiritual gifts in Arcade, Video and computer games. The person playing in contact with e.g. spirits, angels, nature spirits or other beings. During gameplay, the person's actions in different situations come from eg an angel or a spirit through the person in the virtual world of the action is experience from those player developed by. During gameplay puts it himself with its spiritual gifts in the challenges that measures their spiritual strength and skill against eg a computer, which means that gaming is a very challenging and rewarding sport. Becoming a Medium E-Athletes must be born with spiritual gifts which the gifts are naturally occurring, it does not develop its spiritual gifts but developing much more within itself as spirit in the physical body. 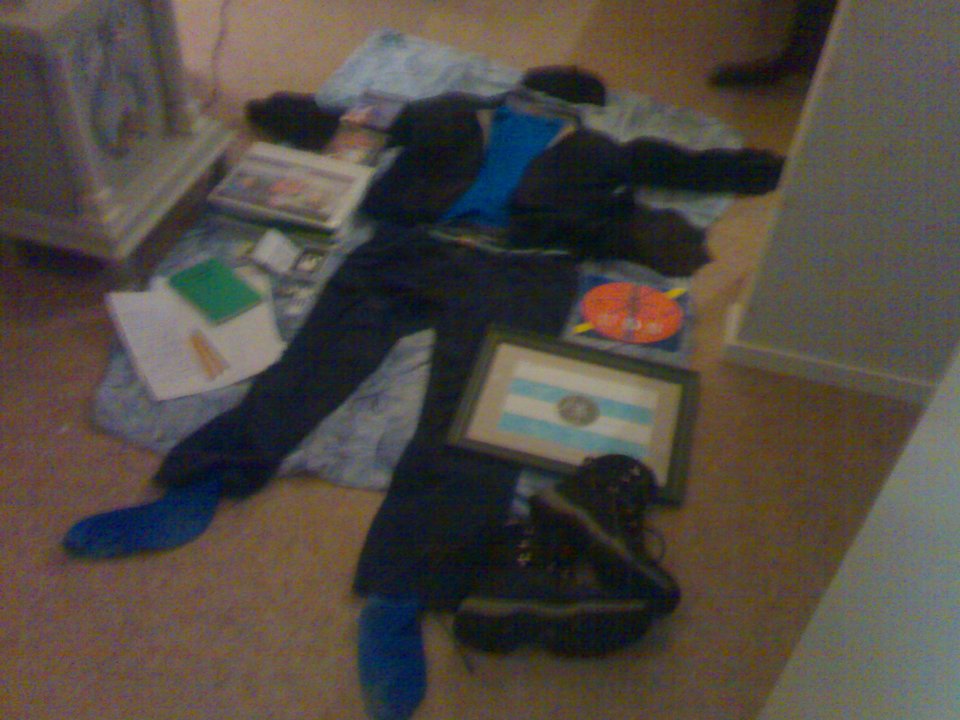 Medium E-sport tale of the tape 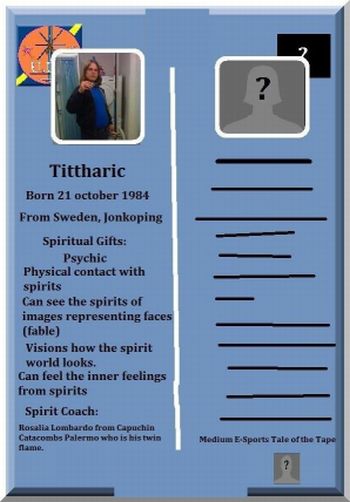 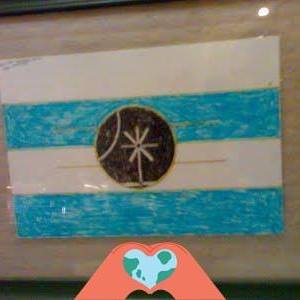 "In the spirit world / heaven, thoughts are things"

"It is much slower in physical life to create than in high levels in the spirit world /
heaven, you create in your own life with your thoughts"

Gifts Of The Spirit Church

AFTERLIFE EVIDENCE Retired Lawyer Victor Zammit on the Scientific proof for Life after Death AND What happens when you die? 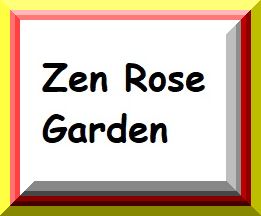 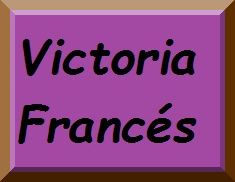 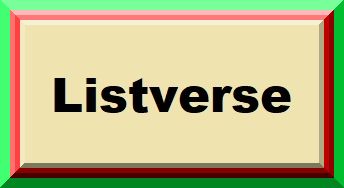 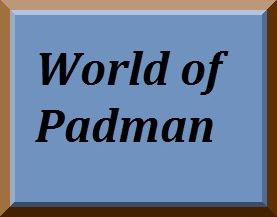 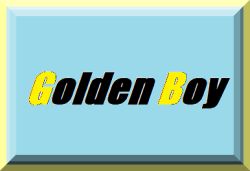 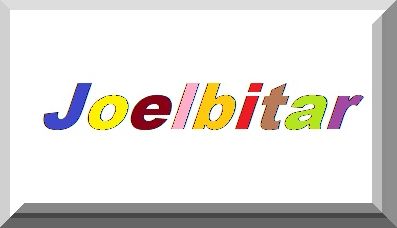 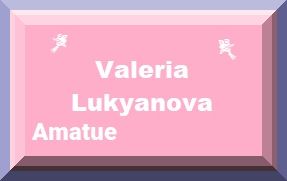 The Google Traffic Since 2007 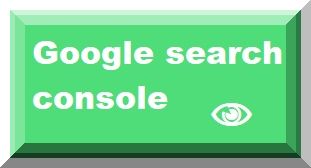 Some facts about signing texts

Some created images consist of free images from Pixabay.com

Look in this blog

Tittharic@blogspot.com
(Tittharic / Marcus.L.) A living examples of others also born with mediumship / spiritual gifts) One of Sweden's largest online love blogs Tittharic (Marcus L.) A living example of an upper upper class life, How an upper upper classman lives in reality. The blog is about Marcus L., which many people think is useless but it is a person who lives with over, over class backround that no people can notice. Marcus is one of the world's irrelevant but one of the world's spoiled people in the world. Marcus is usually associated with the very ugliest, disgusting and dumbest in the Swedish society and is recommended to be social with these people, but Marcus takes all social distance from them, chooses to live alone with his supernatural experiences in Jönköping. Marcus is a mix of Autism Asperger syndrome and mental physical spiritual gifts, he is the very first medium e-athlete, the first to devote spiritual gifts to video and computer games. And sharing their experiences through the internet since 2007